Possibly the best-kept secret amongst South Carolina premier golf courses, Wyboo Golf Club is located 8 miles south of Manning, SC, at exit 119 off I-95. The course is situated on the northern extreme of Wyboo Creek, which flows into Lake Marion.

Wyboo Golf Club is a Tom Jackson Signature Course, opened in October 1999. Having steadily grown in popularity and respect, it reached acclaim in 2003 when the sports editor of the State Newspaper of Columbia, SC, named it one of the Top 10 golf courses available to the public in the state of South Carolina. It has consistantly been named the Premier Golf Course in Clarendon County. 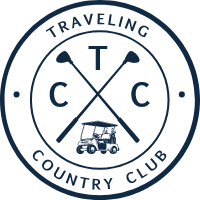 Subscribe to receive the latest news and special offers.
Questions? Call (864) 894-1087 or, send an email to: info@travelingcountryclub.com